Why play catch-up with consumer expectations?

Once upon a time, buying stuff by ‘mail order’ took weeks. ‘Please allow 28 days for delivery,’ was up there with ‘Terms and conditions apply’ as a phrase that was woven into the experience – and printed all over glossy bundles of paper known as ‘catalogues’.

These days, consumers expect things much faster: next day delivery is routine, and things like music and ebooks can be delivered direct to our devices almost instantly.

Unless you are selling custom, hand-made artefacts, culturally sensitive antiquities that require government clearance, or perhaps weapons-grade plutonium, your customers won’t tolerate a long wait. If you can’t deliver fast, they’ll find someone who can.

Somehow, though, personal finance seems to have fallen behind.

Why is finance so slow?

‘It’s the paperwork,’ a stressed broker might explain, looking up from a stack of papers to be reviewed, signed and posted to another third party to do the same.

The 22-day loan cycle dies hard. It’s not unusual for a mortgage agreement to take three months. And yes, the paperwork is the crux of the problem. But why? The process typically starts with a call or an email, and ends with an electronic money transfer. Why the paper jam in the middle?

The answer, of course, is security. For a long time, signatures on paper were considered the gold standard for authenticating someone’s identity. And signatures on paper became baked into the culture of personal finance. But that culture is now lagging behind what’s going on in the rest of the world, where people expect to be able organise most of their lives on their phones.

Is it safe to use an app for personal finance?

Yes, is the short answer. In fact, with state-of-the-art encryption built into our smart phones and many of the apps that run on them, the faster option is much more secure than signatures on paper, which can still be forged or interfered with as documents are circulated for weeks at a time.

Thousands of people are already using apps for their personal finance, and getting loans agreed in real time. It’s faster, easier, more secure and just better than the old way of doing things.

So why won’t some finance companies use apps?

‘It’ll never catch on,’ has been the mantra of too many men in suits at least since Dick Rowe turned down the Beatles in 1962. Their mistake is to assume novel means gimmicky, and that once it dies down, everything will return to business as usual.

Fundamentally, resistance to change is driven by misplaced fear. The fear that investing in something new will not pay off. And by misplaced hope. The hope that people will stick with the old way of doing things as long as the job gets done in the end.

So why will apps become the new normal?

However conservative the culture of finance is right now, ultimately finance companies are in business to make a profit. And that means keeping up with consumer expectations. Sooner or later, even the stuffiest companies are going to notice they are losing out to rivals who meet those expectations.

A fast and user-friendly service not only attracts customers, but also boosts loyalty and advocacy. People tell their friends and family how much better it is using an app for stuff that used to take forever.

And as an added bonus, all this frees up companies’ staff time, so they can spend it winning new business, helping customers and generally being more productive.

So, it’s not so much a question of whether more companies will start using apps as how long it takes. And who gets there first. 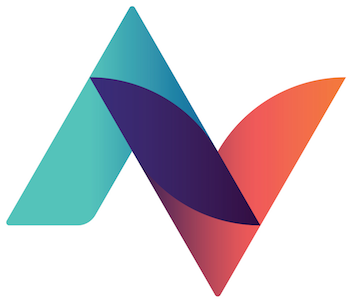